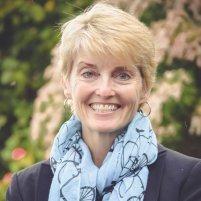 Ankylosing spondylitis is an inflammatory disease that can permanently change your posture, and cause severe pain and discomfort. People suffering from this chronic disease look to Christi M. Kenyon, MD, an arthritis specialist who practices in Seattle. Dr. Kenyon provides specialized care by customizing treatment plans that alleviate your pain and possibly slow down the progression of the disease. Call today or schedule an appointment online.

What is ankylosing spondylitis?

Ankylosing spondylitis (AS) is a form of arthritis that causes inflammation of your spinal joints or vertebrae, and it often brings on severe discomfort and chronic pain.

Over time, this inflammation can lead to ankylosis (the formation of new bone in your spine). This process causes the vertebrae in your spine to fuse together in a fixed position, which makes your spine less flexible and results in a hunched-forward posture.

In some cases, the condition can affect your ribs, making it difficult to breathe deeply.

Other risk factors for developing ankylosing spondylitis include:

However, your condition's severity has nothing to do with your age or gender. It can be just as severe in women and children as in men.

What are common symptoms of ankylosing spondylitis?

The onset and severity of symptoms vary from person to person. Symptoms can worsen, improve, or stop for various periods. Some people experience only occasional back pain and discomfort, while others may experience severe pain and stiffness all over their body for an extended period.

It’s common to experience pain and stiffness in your lower back, which can eventually spread up to your neck and other parts of your body. People often describe the pain as dull and diffuse, rather than sharp and localized. The pain and stiffness are usually worse after periods of inactivity, for example, when you wake up in the morning or during the night while trying to rest.

In the early stages of AS, you may experience symptoms like fatigue, a mild fever, and loss of appetite. AS usually affects the following areas of the body:

Because the disease is different for everyone, you might not experience the most severe complications or have spinal fusion. However, severe cases of AS can lead to disability.

How can you treat ankylosing spondylitis?

Although there isn’t a cure for ankylosing spondylitis, Dr. Kenyon can design a treatment plan to lessen your pain and stiffness. However, the earlier Dr. Kenyon can treat the condition, the more likely she can help prevent or delay irreversible damage to your joints, or other complications like a spinal deformity.

Dr. Kenyon may try using nonsteroidal anti-inflammatory drugs (NSAIDs) to relieve your symptoms. If those don’t work, she may turn to a biological medication, such as a tumor necrosis factor (TNF) blocker or an interleukin 17 (IL-17) inhibitor.

These are just a few options when it comes to tackling AS. Dr. Kenyon and her team can create a treatment plan that works best for you and your lifestyle. Call her today or schedule an appointment online.